The mission of Childhood Food Solutions is to develop solutions for childhood food insecurity that can be applied in a community, tested for effectiveness and duplicated in other communities.

March 2017
Over 4,000 sacks of Spring Break groceries were distributed in zip code 45225 and Price Hill. This project was covered by WCPO. View Coverage »

CFS delivered sacks of groceries for 4,200 students to nine elementary schools (Roll Hill and Ethel M. Taylor in zip code 45225, and Roberts, Rees E. Price, Carson, Oyler, Holy Family, Resurrection and St. Lawrence in the three Price Hill zip codes). We were able to provide sacks for all their elementary students. CFS is now serving about 20% of the Pre-K to 6th Grade students who qualify for free lunch in Cincinnati.

The 900 students of Roll Hill and Taylor, who live in zip code 45225 (where there are only “corner” and gas station stores and where median household income is only about $14,000) received a second sack.

July 2016
More than 150,000 students in the Cincinnati region get a free or reduced price meal during the school year. What happens during the summer?

The Cincinnati Enquirer explained the Childhood Food Solutions summer program of distributing sacks of groceries into the low-income neighborhoods instead of waiting for children to find their way to government lunch programs.

April 2014
CFS calculated the enormous “summer food gap” for the students of Cincinnati and launched their summer campaign, “A Million Lunches” to replace the lunches that food-insecure students in Cincinnati would receive if they were in school during summer break. Unfortunately, CFS was unsuccessful in encouraging Cincinnati to rise to this challenge.

March 2014
CFS resolved to do everything in its power to provide summer break support for these 4,600 students and their families.

Winter Break 2013
CFS received more funding than ever before and provided sacks of groceries to 4,600 children.

2010 to 2013
CFS tested its programs in Walnut Hills, Evanston, Over-the-Rhine, Pleasant Ridge and Price Hill. Each community taught us more about how to provide a year-round “food safety net” for children. CFS learned that students shared their food with their siblings and other family members so more food had to be provided. When funding was short, CFS drew back and focused on supporting the children of 45225. Walmart Foundation provided a $50,000 grant for summer 2012 and this enabled CFS to learn how to “saturate” zip code 45225 with sacks of groceries.

September 2007
In partnership with Pipkins Fruit & Vegetable Market, “Weekend Sacks” of food are distributed every Friday to about 430 children.

July 2007
Childhood Food Solutions (CFS) was founded by seven individuals in Cincinnati who were convicted by a desire to do something about hunger in their community. They focused on Cincinnati zip code 45225, an area of high poverty, high crime and hungry, food-insecure children. 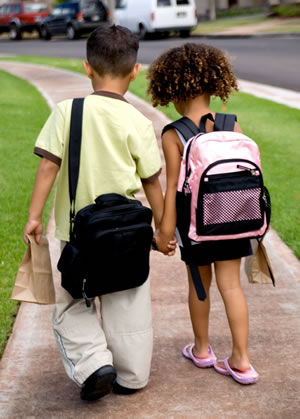 Food Sacks help children during the 187 days that they are not in school.